The Flamingo is a very tall bird, with some of them being up to 5 feet tall. It is often assumed that they weigh too much to fly but that isn’t true. Flamingos don’t weigh more than 10 pounds. They also do fly, but mostly at night which is why most people don’t notice them.

While there are several different species of the Flamingo, the overall anatomy of them are all the same. Learning more about their body design will likely give you a new understanding and appreciation of these animals. You will also learn that they are well designed for their needs, not a freak of nature as some people at first assume.

The wings of the Flamingo are made up of delicate feathers that keep them warm, allow them to swim, and allow them to fly. The wing span can be 3 feet in distance. The neck is very flexible so they can bend it downward to eat and even backwards to preen their feathers. There are a total of 19 vertebrae found in the next which is why they can have such a wide range of movement in it. 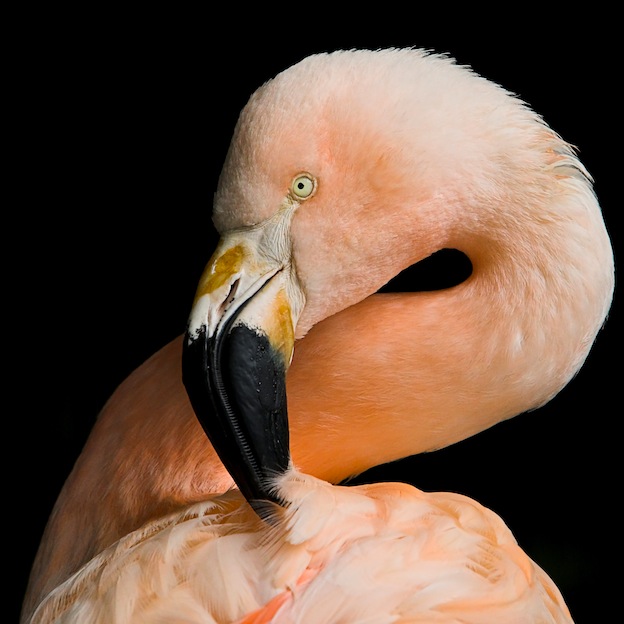 The body is designed to allow them to turn the head upside down to feed. They have a filtering system in their body so that food and water are taken in and then extracted. They have to remove the salt water from their body and then drink fresh water to stay healthy and alive. Their tongue is absolutely amazing and it is the centralized system for them to be able to feed adequately. It moves up and down hundreds of times per feeding.

The coloring of a Flamingo isn’t specific to a given species. Instead it is based upon the types of foods that they consume. The coloring is based upon the Beta Carotene found in the food sources. The more of it they have the darker in color they will become. When food sources become scarce, they will lose the bright red and orange coloring so that they are more of a pink or a shade of white in the most severe cases.

The bill of the Flamingo has a very interesting design to it as well. The upper and lower portions of it fit together very tightly. Many compare it to the way that the lid on a box opens up and then shuts tightly. All Flamingos feature yellow eyes regardless of what species they are. What is also interesting is that the brain is smaller than the eye!

The webbed feet of a Flamingo allow them to stand in the muddy waters without losing their balance. They also allow them to easily swim in the waters. Many people assume that Flamingos don’t have knees but they actually do. They are just hidden beneath the wings. Their ankles run half way up the length of their legs. 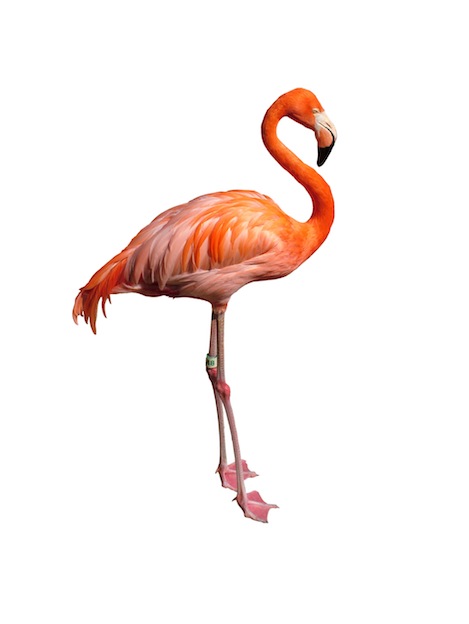 Anatomical characteristics of the flamingo

The feet often seem to be in the way when the Flamingo flies. Yet the design of their bodies works well with it. The reason it often seems like they don’t fit well is that people are used to seeing birds with short legs that are tucked under them. With the Flamingo, they are stretched out behind them when they fly and when they lay down.

Understanding the anatomy of the Flamingo has helped researchers to gather information about how these animals are able to live. It also gives us some indications of how they evolved from the past. Based on current information there are conservation efforts that can help them. The design of locations including zoos where they are held in captivity is also based heavily upon their anatomy.